Art Nouveau architecture was adopted enthusiastically by Milan, and today there are still many fine examples of this style that flourished all over Europe from about 1890 to 1914, after which tastes moved towards Art Deco. In Milan the style was named “Liberty”, after a shop that opened in Galleria Vittorio Emanuele, Milan, selling the same decorative textiles sold in London at the original “Liberty” store founded in 1875 by Arthur Lasenby Liberty. Today, there are many superb examples of Liberty architecture still visible in Milan. Discover them as part of a Milan guided tour.

The first example of Liberty architecture to be built in Milan was Palazzo Castiglioni on Corso Venezia. This large mansion expresses power in its massive rough stone surfaces, and a taste for decoration in the sculptures and wrought ironwork. It originally had two large sculptures of skimpily-clad women, depicting Peace and Industry, on either side of the main portal. This soon led to the house being nicknamed “Ca’ di Ciapp”, a reference in Milanese to the ladies’ derrières, to the point that signor Castiglioni decided to have them removed. They were installed on another Milanese house (shown in the photo below) designed by the same architect, Giuseppe Sommaruga.

There are many superb examples of Liberty architecture around Porta Venezia in Milan. Casa Galimberti (in the photo below) translates the love of natural forms into pictorial form, with its fine majolica tiles depicting greenery, men and women, whose intricate outlines mirror the ironwork of the balconies. Just a few steps away, Casa Guazzoni is more sculptural in its decoration. Another variant of the style can be found in what used to be Cinema Dumont, also nearby. 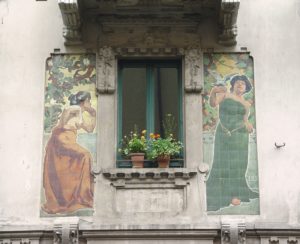 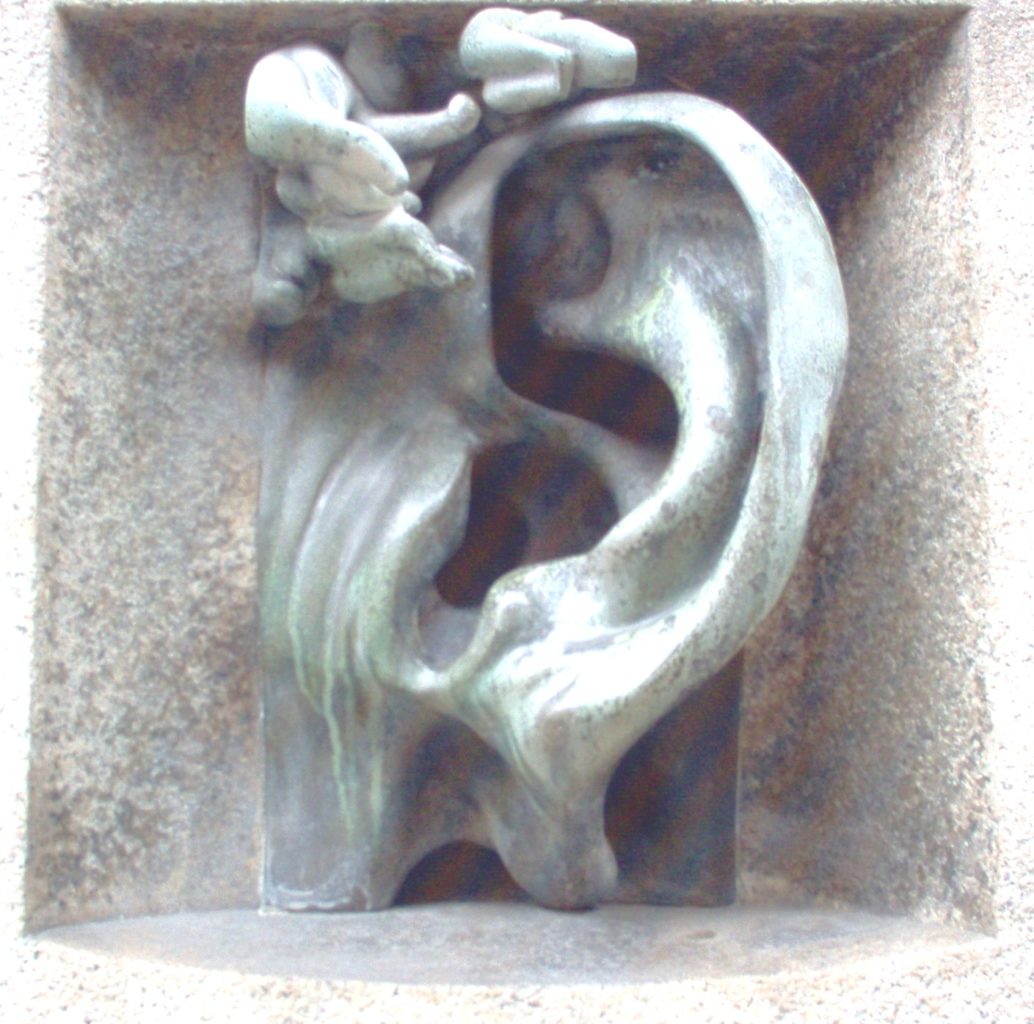 If you are looking for some more unusual things to do in Milan, you could ask A Friend in Milan to take you to the giant ear. The house, Casa Sola Busca, dates to after the end of the Liberty style, and its decoration is an eclectic blend of Neoclassical rigour and Art Deco idiosyncrasy. And so the housephone in the shape of a giant ear, sculpted by Adolfo Wildt in 1930, is an interesting twist, and a feature that actually served its purpose for many years. Visitors would announce their arrival by speaking directly into the ear.

The Aquarium in Milan is a fine example of Art Nouveau or Liberty architecture. Dating to 1906, it is one of the oldest European aquariums still in operation, with an interesting selection of marine organisms. The building was damaged by air-raids in 1943, but it was superbly restored. Its decorative features make it a fascinating visit as part of a Milan walking tour. 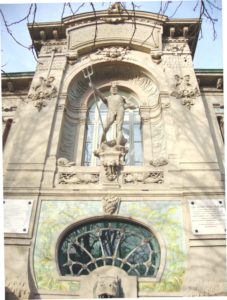 The Monumental Cemetery, Milan, is spread over a vast area, and it is a fascinating visit, an open-air sculpture gallery with many superb Art Nouveau artworks. A Friend in Milan will organize your visit according to the time available – dedicated cemetery enthusiasts often spend the whole day, or several days, at the Monumental Cemetery of Milan, but we can give you an introduction lasting just an hour or two. 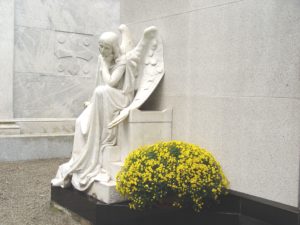 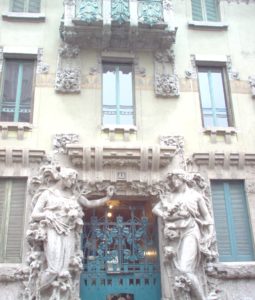