Palazzo degli Omenoni, a house in Via degli Omenoni, Milan, was described by Vasari: “Leone, in order to display the greatness of his mind, the fine genius that was given to him by Nature, and the kind hand of Fortune, has built at great expense a house so full of fabulous inventions that there is possibly nothing similar in all Milan. On the façade there are six captives sculpted in sandstone, and between these, in niches, the Fates in antique style…” Leone Leoni was a sculptor born in or near Arezzo in about 1509, and he made his name principally as a medallist for the Habsburg monarchs and Philip II of Spain.

Leoni had a colourful and eventful life: he began work in the mint of Ferrara but had to flee when he was accused of counterfeiting coins. He moved to Venice, and then Rome, where he became sculptor at the Mint after his rival Cellini had been imprisoned. Though Cellini accused Leoni of trying to poison him while he was in prison, Leoni worked at the mint with great success for a couple of years before wounding another rival jeweller. He was arrested and condemned to the amputation of his right hand, but a group of cardinals succeeded in having the sentence commutated to a period of slavery, rowing on the galleys.

A year later, in 1541 he was freed in Genoa by Andrea Doria, and soon began work in the mint at Milan. His success was such that he bought the house in what is now Via degli Omenoni in 1549 and refurbished it from 1565. He presumably designed the decorations, but the giant figures were probably sculpted by his pupil Antonio Abondio. In the meantime, he came to physical blows with Orazio Vecellio, Titian’s son, in 1559, but managed to avoid criminal prosecution.

Leoni’s friendship with Michelangelo led to a commission for the tomb of the brothers Giangiacomo and Gabriele de’ Medici di Marignano in Milan Cathedral. Your Friend in Milan will point it out during your walking tour of Milan.

Over the years, his home became the location for his growing collection of antique statues and other artworks, which included drawings by Leonardo da Vinci inherited by Leone’s son Pompeo Leoni. They would become part of the Codex Atlanticus, now at Pinacoteca Ambrosiana. Leone Leoni died in Milan in 1590.

Leone Leoni left a sort of visual signature on the house, at the centre of the frieze at the top of the wall. Two lions (“leoni” in Italian) are attacking a satyr, the embodiment of calumny or slander. You have been warned… 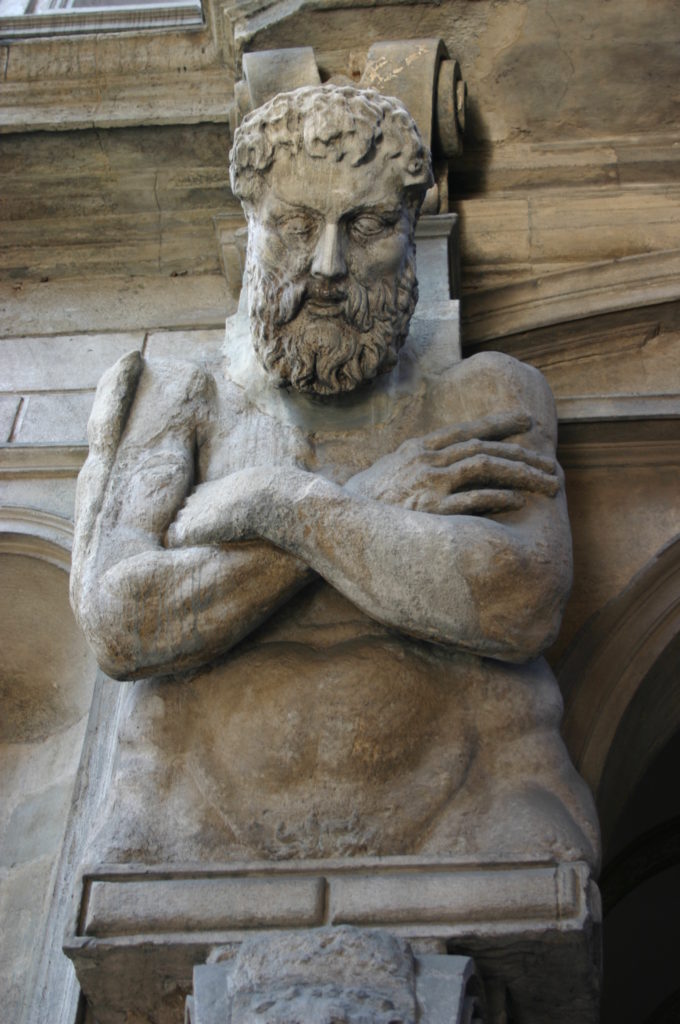 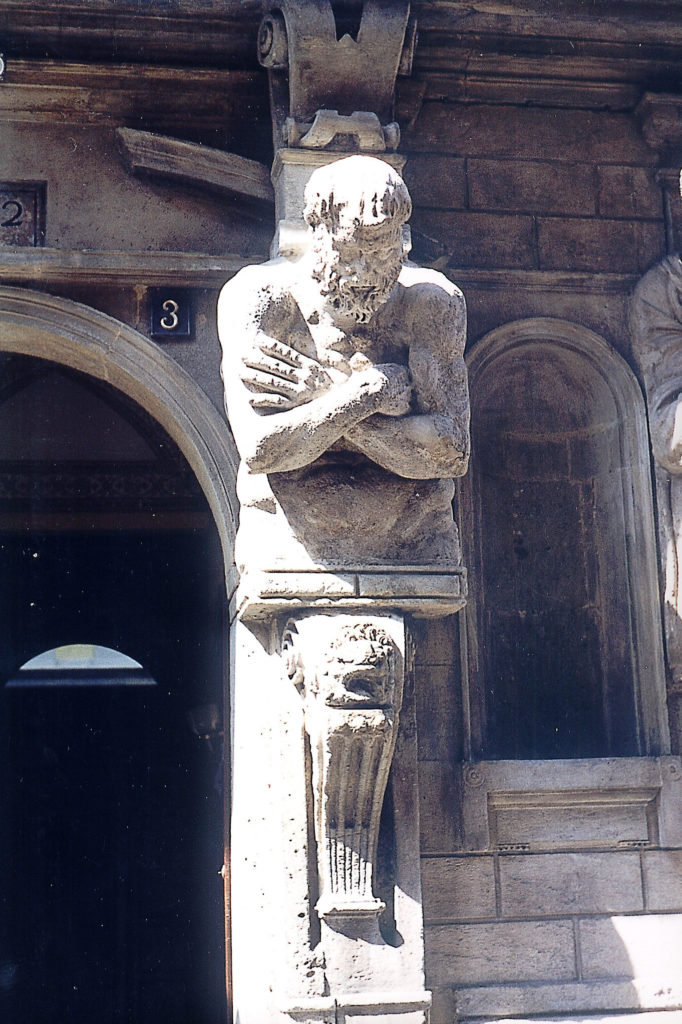 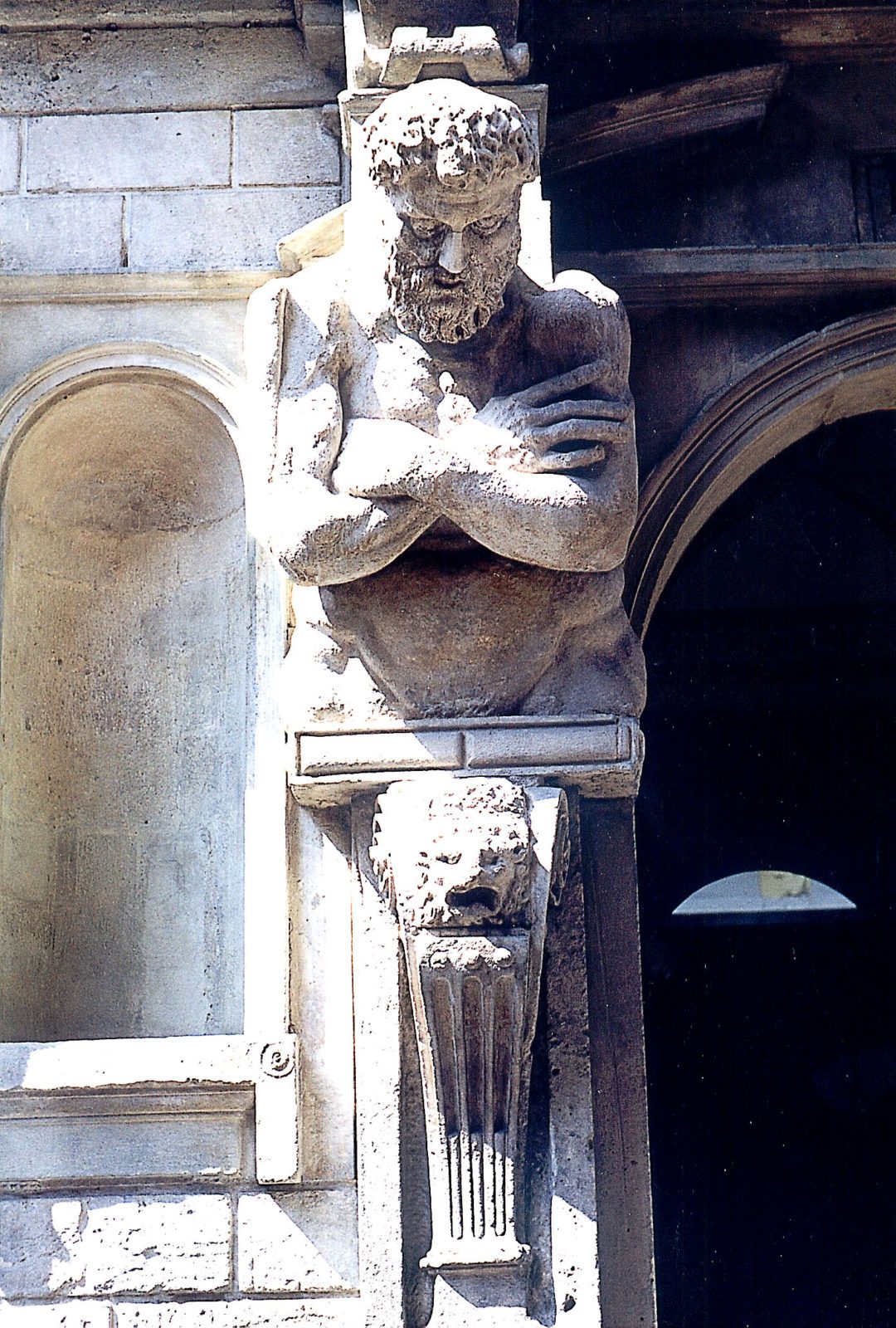