Amongst one of the stranger things to do in Milan, San Bernardino is an unusual sight, a highlight on a Milan guided tour. In the 12th century, an orphanage was built here, alongside a church dedicated to Saint Stephen. Also in the vicinity were a hospital, and a cemetery for everyone who died there. In 1269 another small church was built, and it was dedicated to Saint Bernardino in the 15th century. In 1642 the belltower of the church of Santo Stefano collapsed onto the church of San Bernardino, and during the reconstruction work, vast quantities of human bones were excavated from the old cemetery.

In a small chapel annexed to the church of San Bernardino, you can see how the bones and skulls were used as a form of decoration, creating a contrast with the vault frescoed in Rococo style by Sebastiano Ricci. 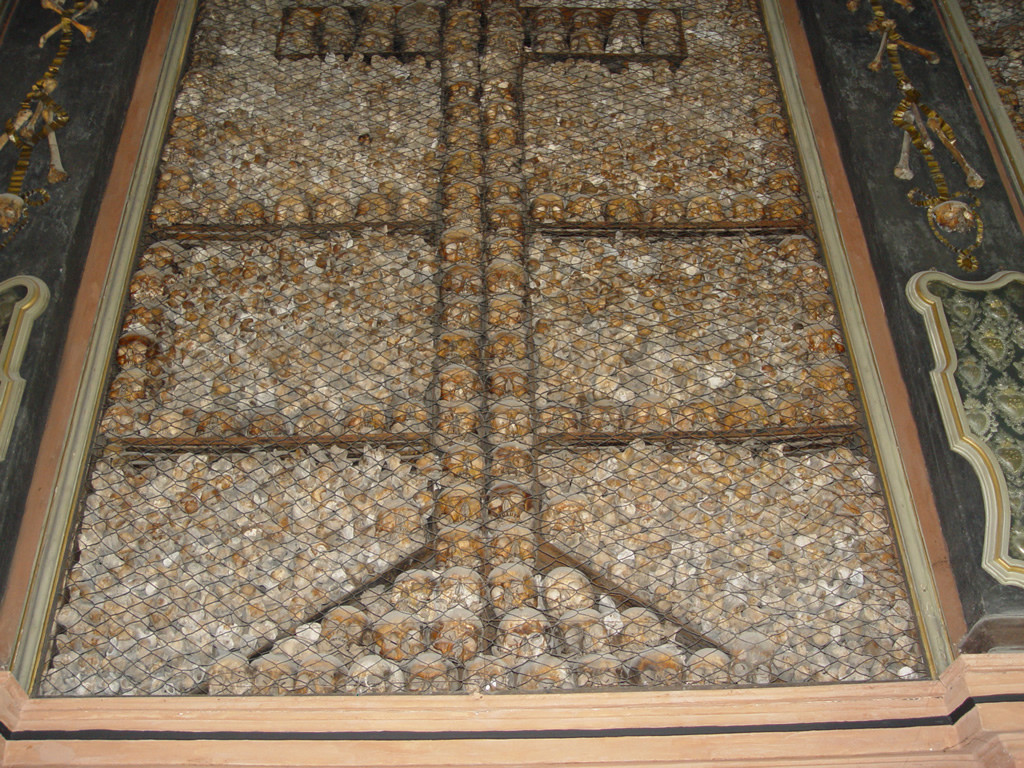 In 1695, the chapel’s vault was frescoed by Sebastiano Ricci with a Triumph of Souls and Flying Angels. In the triangular pedentives, the Virgin, Saint Ambrose, Saint Sebastian and Saint Bernardino of Siena are depicted. 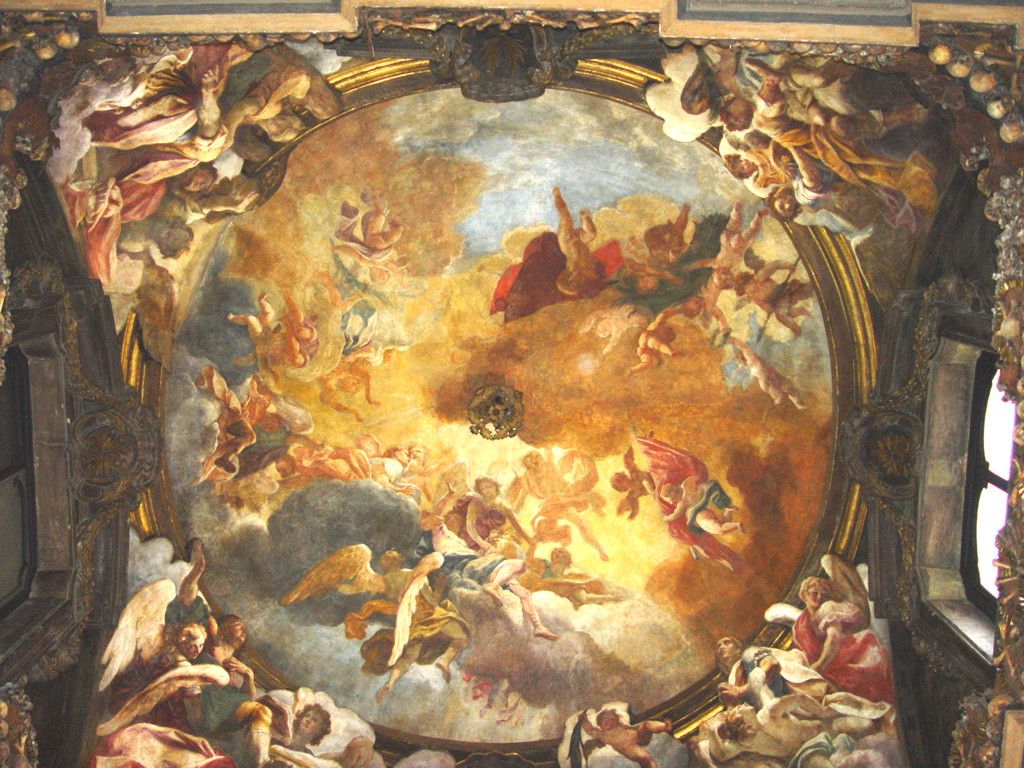