Few cities have such a close relationship with their patron saint than Milan with Saint Ambrose. His name is given to the Ambrosian Rite, a liturgy differing in a number of subtle details from the Roman Rite. This is the reason why Milan’s Carnival culminates with Sabato Grasso, on the Saturday following the Tuesday on which the rest of the world has celebrated mardi gras. The Diocese of Milan uses Ambrosian chant instead of the usual Gregorian. The saint’s day, 7 December, is a public holiday in Milan, and it marks the opening night of La Scala’s season, which in turn substantially denotes the start of the city’s social calendar. This church, Basilica di Sant’Ambrogio, is one of the four churches founded by Ambrose, who was elected bishop of the city by popular acclaim in 374 A.D., and it was later dedicated to his memory. 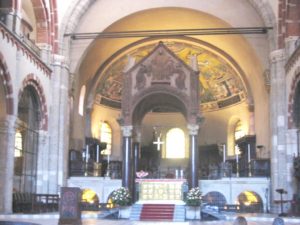 The artworks in the church of Sant’Ambrogio, Milan, include a Palaeochristian mosaic in the apse, restored after extensive war damage, and the altar in gold with precious stones, dating to about 850 A.D.

The church has a vast wealth of art and history. A Friend in Milan will provide you with an entertaining and informative visit as part of a Milan walking tour. To mention just one feature of the Basilica’s rich and colourful history, the church has two belltowers, one different from another. In fact they were built separately, at different times. The church had two clerical communities, the canons, and another monastic order. Each had their own set of buildings, and each built their own tower with their own bells which were rung before the respective Masses. This bell-ringing competition was just a very audible symptom of the friction between the two communities which reached its height in the 12th and 13th centuries, and led to the bishop of Milan excommunicating the monks and wielding his own rights to the use of all the bells in the city to resolve what had become a bitter and noisy controversy.

The many highlights in this church include a Palaeochristian mosaic in the apse, the altar in gold with precious stones, dating to about 850 A.D., the crypt in which you can see the remains of Ambrose and two other saints, and two lovely cloisters by Renaissance architect Bramante, now part of the Università Cattolica.

Your Friend in Millan will take you to the tiny chapel of San Vittore in Ciel d’Oro, which, even though it is part of the church of Sant’Ambrogio, dates to even earlier, built in the first half of the 4th century. Its lovely golden mosaic includes the earliest portrait of Milan’s patron saint, Ambrose. 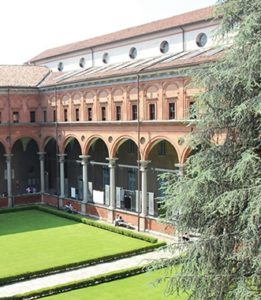 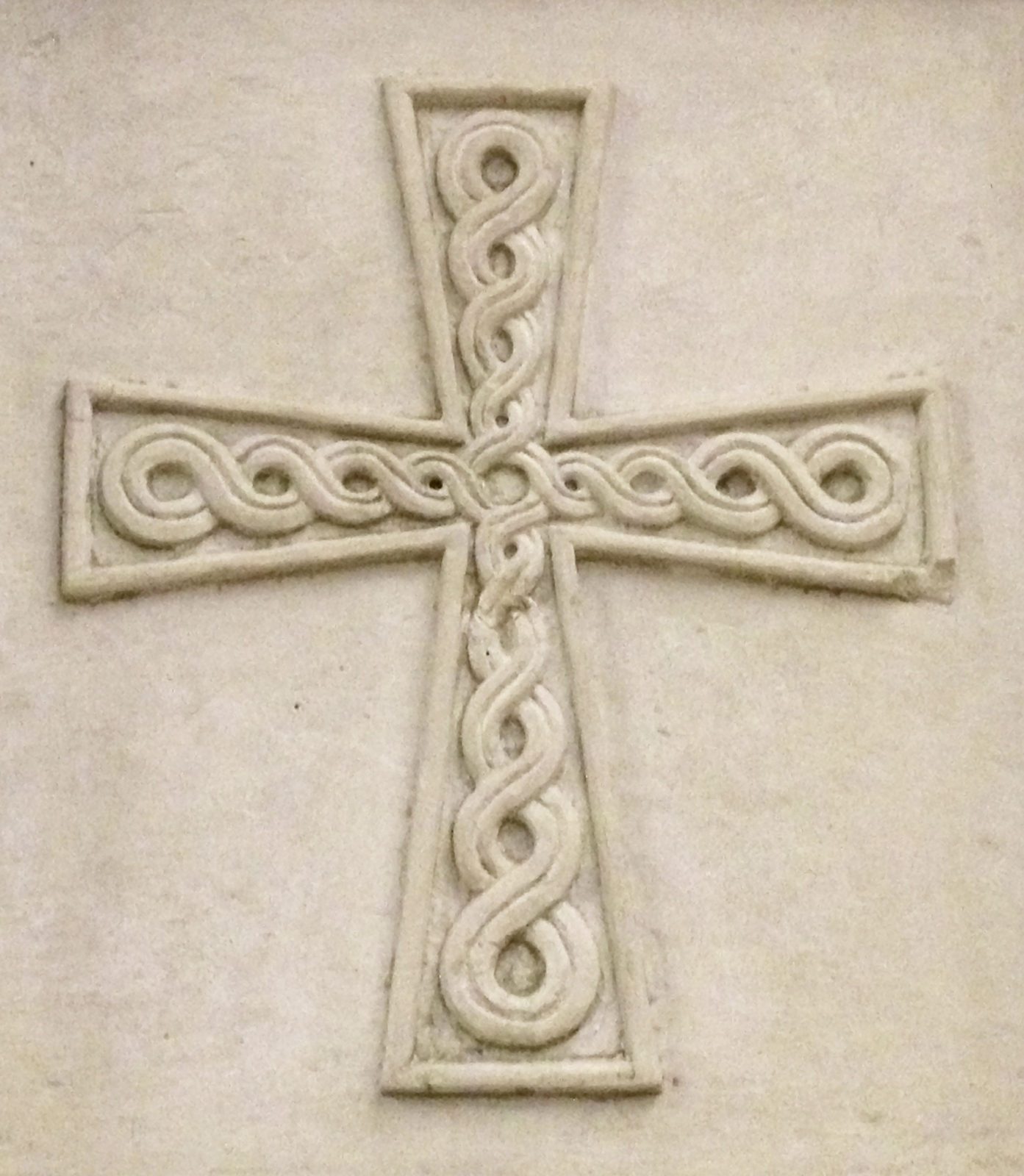 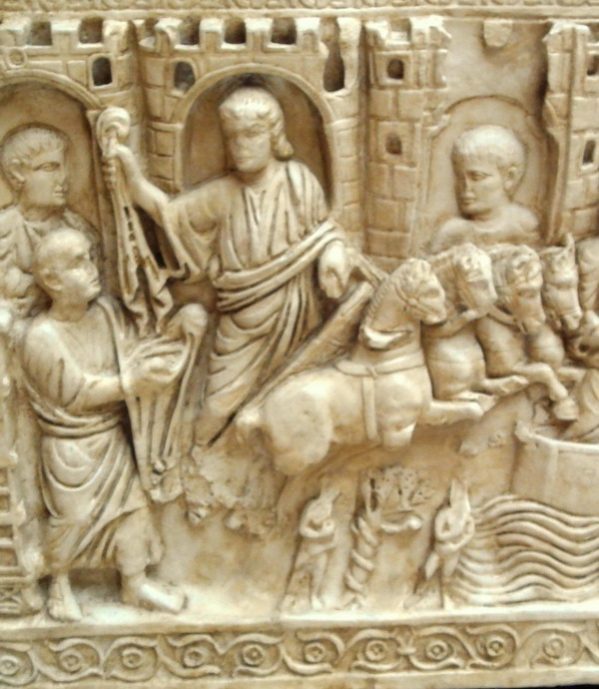 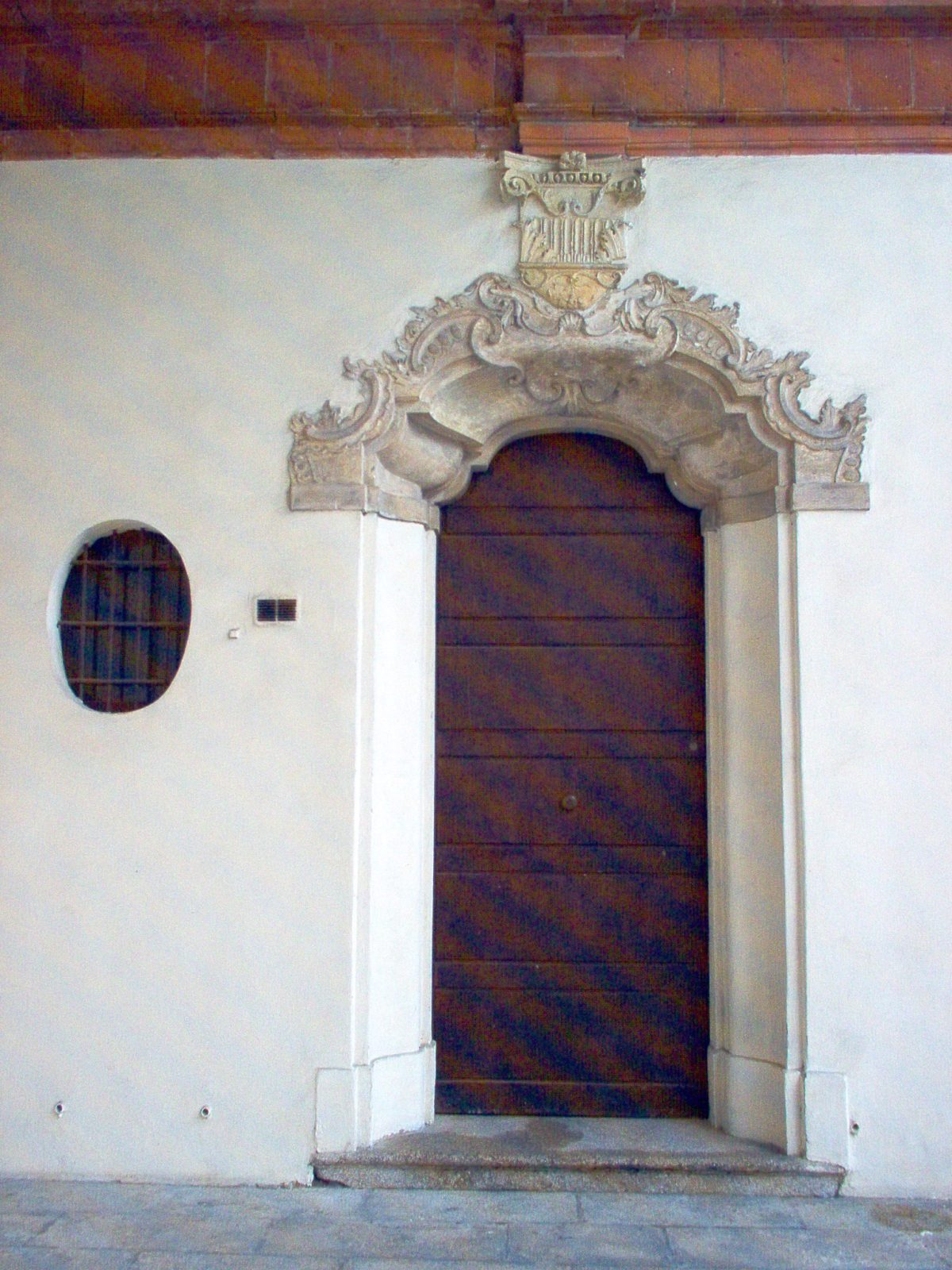